Out of the 50 American states, Alaska is unique when it comes to Auto Insurance Law because, in many of Alaska's remote areas, neither insurance nor vehicle registration is required. However, in these areas that are exempted from insurance or registration requirements if you are a driver that has been booked for a violation of 6 or more points in the past five years, you are required to carry the minimum amount of insurance required. Failure to carry it, you will face hefty punishment. 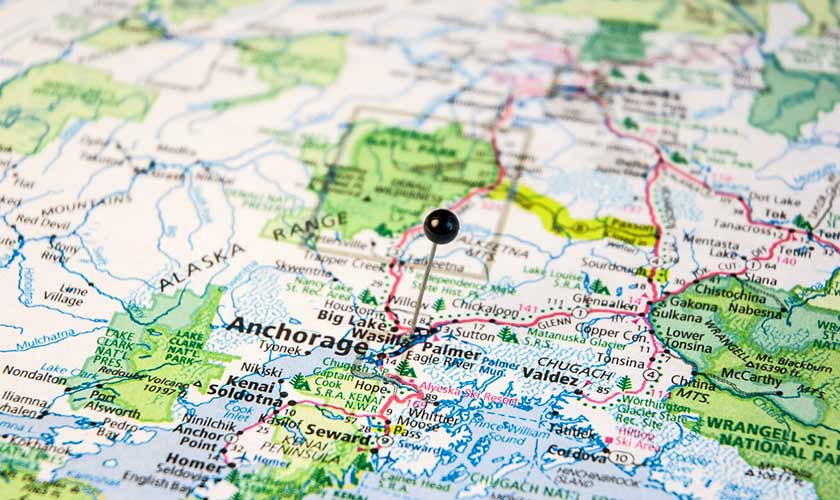 Alaska follows a series of laws known as "Mandatory Insurance Statutes" which require motorists to carry insurance policies that meet the minimum liability coverage requirements in case the vehicle gets involved in an accident.

The state of Alaska follows a system whereby the financial responsibility of covering the compensation for injuries or damages falls to the driver who was at fault in an accident. This means that it is the insurance company of the driver who caused the accident that will provide monetary compensation for the damages caused to the other vehicle and compensate anyone who faced injury or harm as a result of the accident. The insurance company will, of course, compensate up to the extent of the policy agreement limits.

People who suffer an injury during an accident in Alaska are allowed by law to obtain compensation by following one of the three procedures outlined below:

This is different from other states where you cannot file a direct claim against the driver who is at fault. You will have to seek compensation from your insurer if your policy covers your loss. That is why Alaska's system is known as an "at fault" system.

The mandatory requirements by law under section 28.22.101 of Alaska Statutes are that any vehicle owner should have a minimum liability auto insurance coverage of:

These are just the minimum requirements that the State of Alaska requires you to have. In case of an accident and the limits are exhausted you will be financially liable for the compensation balance. This means that it is safer to have higher limits.

The coverage mentioned does not cover your damages personally. They compensate the pedestrians or other parties that faced some loss due to the accident. In Alaska comprehensive or collision insurance coverage are not state demanded. They are optional. You may also opt to purchase Personal Injury Protection or MedPay coverage to pay your medical bills in case you are involved in an accident, and you were the one at fault.

Penalties for driving without proof of insurance in Alaska

The fine for a first-time offender that is found driving uninsured is $500. He/she is then required to report to the Alaska DMV with proof of the required documents within 30 days or risk getting his or her license suspended.

The second time you are found driving with no license within ten years of the same offense you will get the same $500 fine and an opportunity to present the documents to the DMV. This time if you do not comply, the license is suspended for a year. The third time the suspension period increases to 3 years.