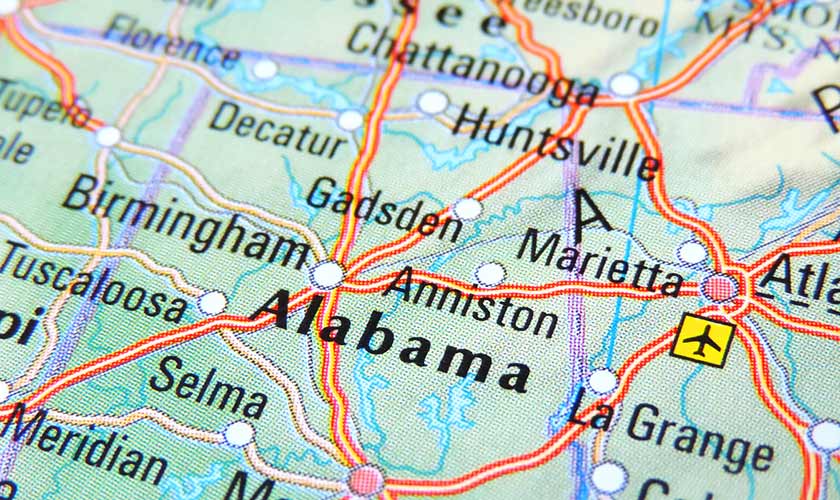 The state Alabama state law also requires all drivers to carry proof of their car insurance policy all the time. Failure to do so may result in severe consequences, including a possible jail term and hefty fines.

Alabama auto insurance laws demand that motorists have at least the minimum liability coverage for bodily injuries and death in the event of a crash. The requirements are:

These are the bare minimum auto insurance mandates of Alabama state law. The truth is that drivers need to acquire more coverage if they want to stay safe in the event of a car accident. Apart from the basic liability coverage, it's also good for drivers to purchase collision and comprehensive coverage. This will ensure that they don't lose their assets if the worst happens.

Underinsured or uninsured motorist coverage policy helps protect drivers in case an accident occurs, and the other party is either uninsured or carries insufficient liability coverage. The uninsured/underinsured coverage will cater to financial needs regardless of the insurance status of the other driver. In the State of Alabama, it isn't mandatory to carry this coverage.

Unlike other states in the country, Alabama uses the fault-based system for all auto insurance claims. This means that when a motorist is involved in an accident, the policyholder’s insurance company must pay for the victim’s losses. The driver who is at fault during a crash is responsible for paying medical bills and compensating anyone injured during the accident.

In Alabama, an individual who suffers any damage or injury as a result of an auto accident can proceed in three ways: filing a claim with the insurance company, filing a third-party complaint with the at-fault individual or filling a personal injury lawsuit.

Apart from the mandatory liability insurance coverage, the State of Alabama doesn’t require motorists to have any other coverage. Therefore, the personal injury protection isn’t mandatory here, but it is always a good idea to have it since it protects drivers against significant financial losses that they may suffer when involved in an accident even if they are carrying the liability coverage.

If a motorist is convicted as a result of committing traffic offences in the State of Alabama, they will need to file an SR-22 with the DMV for the state to reinstate their license. The certificate verifies the fulfillment of the state's minimum liability requirements for at least three years. If they fail to pay their auto insurance premiums, their insurance company will invalidate their SR-22 certificate with immediate effect.

The DUI laws in Alabama prohibit individuals with a blood-alcohol content of 0.08% or more from driving. Violating the DUI laws in the State of Alabama is a serious traffic offence that can lead to hefty fines, prison sentence and revocation of a driver’s license. In fact, a 4th DUI conviction within five years can lead to a sentence of between one and ten years in Alabama with a fine of between 44,000 and $10,000.